Are you still unsure when to use a semicolon?

This can be confusing for many people, especially new freelancers with writing projects for their clients.

Semicolons are used in writing to make your documents more clear and readable, but if you use it the wrong way, it can make you look unprofessional to your freelance clients.

Learning these grammar tips like if starting your sentence with because is okay or learning about semicolon use when writing don’t only help writers, but also blog owners, entrepreneurs, and any content creator online.

[I]f you use it [a semicolon the] wrong way, it can make you look unprofessional to your freelance clients.

So, if you are cringing at your bad writing, let’s look at what is a semicolon and when to use a semicolon in specific examples.

What is a Semicolon?

A semicolon is used when you need to separate two independent clauses.

They can be separated by a comma, but the use of semicolons makes it easier for both writers and readers when understanding that these statements are related.

You usually don’t capitalize the first letter of the second sentence when using a semicolon in your sentence. If you do, it’s because the word is a proper noun or an acronym.

Remembering this simple fact will help your freelance client base understand how to write properly with good formatting practices. The best way to remember when you should use a semicolon is to think of the sentence as two separate sentences. If it makes sense and flows with ease, then that’s how you know where to properly place your semi colon for maximum clarity!

If we replace the semicolons with periods and read it aloud, we will see that it reads as two separate sentences – “I like cheese” and “I also like apples.”

What is the difference between a comma and a semicolon when writing?

This may be tricky, but you use a comma between  two separate clauses that could stand on their own as sentences and should have the same mood or tense. An example would be, “I bake cakes, but I also make fruit pies.”

A semicolon, on the other hand, is used to draw an analogy between two clauses, or independent sentences. In other words, it’s a coordinating conjunction.

Let’s look at specific examples of when to use a semicolon when you write for your clients.

When using a semicolon, the sentence is made up of a complete thought, as well as a related thoughts. Both go together with how they are placed making it a complete thought. The use of this punctuation mark allows for better understanding by both the author and readers.

Make sure, though, that your related thoughts can stand alone as complete sentences. If not, you cannot use a semicolon.

While a comma would help when you can combine related sentences by adding in conjunctions like: “and,” “but,” “or,” and “yet, you can add more to your writing and improve the quality by using a semicolon to combine two related thoughts.

Here are some examples on how to combine two related thoughts using a semicolon:

The weather was cold; therefore I wore my coat.

3. By Removing the Conjunction First

When you use a semicolon, you remove the conjunction first and then place the semicolon in that same spot.

A sentence with a conjunction looks like this: “I went to the store and I bought some milk.”

The two clauses are joined by the word, “and,” which is a conjunctions.

Another example would be when using an adverbial subordinator such as because or before in your sentences. These words connect ideas together within a sentence and are considered conjunctions.

A semicolon is used when there are two clauses in one sentence that do not have the same word or idea at the end of each clause.

When using a semicolon, you remove the conjunction first between the two ideas so they only have punctuation like commas to separate them instead of the word, “and” or whatever conjunctions you have been using.

Let’s look at our example sentence again: “I went to the store; I bought some milk.”

The conjunction is removed in this case and a semicolon takes its place between two clauses that could stand alone as separate sentences but are written together with only commas separating them. 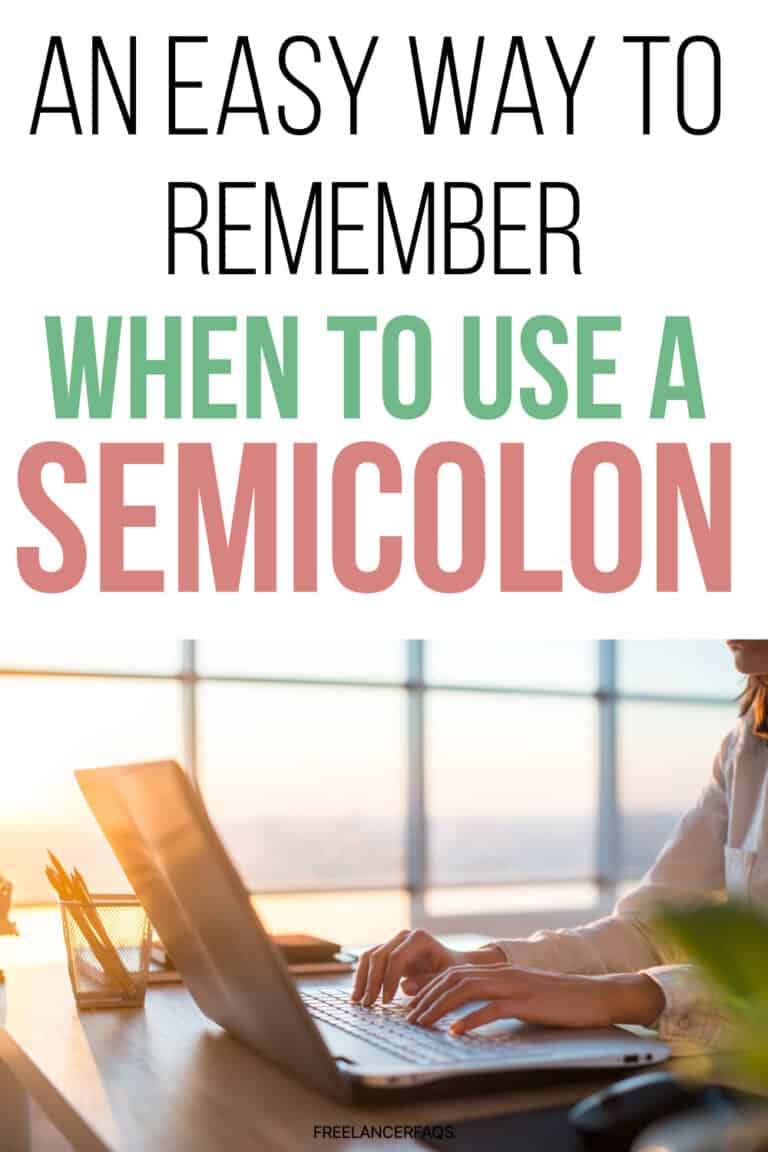 Now you know that when you want to write a sentence with two independent clauses, then use a semicolon.

But what if you end up using a conjunctive adverb?

A conjunctive adverb is used to connect the two sentences because it shows how one thought or idea relates to another in some way.

Let’s take an example: “I woke up late; therefore, I was going to be late for an important meeting.”

In this example, “therefore” is a conjunctive adverb that changes the meaning of the first independent clause.

What are some other examples of conjunctive adverbs? Well, you could use words such as also, consequently, however or indeed to connect two sentences with the same idea.

In a sentence, “I woke up late; therefore, I was going to be late for an important meeting” the first part of that sentence is independent and then the second part connects it with something else in order to make sense.

If you wanted to take out “therefore” from this statement, then you would use a semicolon.

You can also use other conjunctive adverbs to join two sentences such as besides, consequently, furthermore, moreover or similarly.

Take for example “I needed milk; moreover, I was out of cereal too” in this sentence the first independent clause is not complete and needs something else to make sense.

5. When Avoiding a Comma Splice

A comma splice occurs when you attempt to join two independent clauses with a comma alone.

For example, “She went to the store, bought eggs” would be considered a comma splice because there is no clear indication that this action took place in a sequence or simultaneously; instead, it reads as if you went to the store and then bought some eggs which cause confusion for your reader.

When you’re writing a serial list, make sure to use semicolons instead of commas or conjunctions like ‘and’ or ‘or’.

You should only separate the items in your list using commas if each item is a separate sentence.

You can also use conjunctions like ‘and’ and ‘or’, but semicolons are preferred in formal writing because they’re clearer, especially when the list items themselves contain commas or conjunctions.

A “serial” or “series” lists several items that have to be considered together as one unit, but they don’t have to be related.

They could just be items that come one after the other, or they could be a list of steps in order, but it’s important not to use commas between each item.

Here are a couple of examples:

Why Use a Semicolon Anyways?

The semicolon is not commonly used in everyday communication. It can often be seen as a nerd tool or something only for grammar geeks to obsess over; however, this punctuation mark has been around since 1494 and does have a place in grammar. Semicolons, though, are often seen as more of an advanced punctuation mark

While you’ve hopefully learned the many different ways to use the semicolon, it is, however, often used in formal writing (for example: academic writing) and can be very helpful when describing complex relationships between sentences.

Maybe you’ve heard that semicolons are not necessary in sentences.

Or you might even be convinced of this yourself and wonder why they’re “still around,” so to speak.

While it’s true that the purpose of a semicolon has been replaced by our modern-day comma system (and for good reason), there are still some instances where using them can improve your writing overall, and if you are getting paid for your writing, then this is a good thing.

Semicolons serve as a stronger break between two related clauses than comma(s) alone would provide; when used correctly, they also help us avoid run-on sentences while preserving clarity and flow and these pairs of words or phrases are usually joined without the use of a conjunction (and, but, or).

Simple Tips to Help You Remember When to Use a Semicolon

Here are four tips to help you remember when you aren’t sure about using a semicolon.

Semicolons are important when you want to avoid run-on sentences and need a stronger break between two clauses.

They also help us avoid confusion over conjunctions (and, but, or).

The semicolon is more necessary than the comma because it creates a smoother transition in writing that makes reading easier for your audience. I

If you’re still not sure if this punctuation mark will work for your writing style, consider investing in an editing tool like Grammarly.

Over to you – do you enjoy using semicolons or find them hard to use?

Tell me in the comments!

What Content Creation Tools Will Help Your Freelance Career? 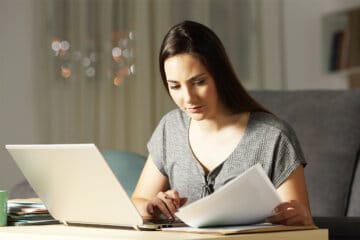 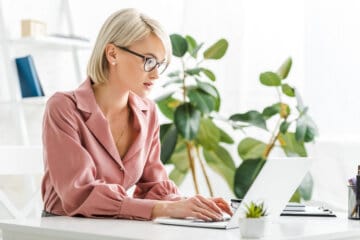 How Do You Write a Winning Price Increase Letter?