In fact, those common grammar mistakes plague every writer, seasoned or not.

Nobody writes perfectly. It is the reason that seasoned freelancing writers and published authors often hire editors to check their work.

It saves them from embarrassing common grammar mistakes that they didn’t even spot in their final draft.

As a new freelance writer, common grammar mistakes could be holding back your writing career if you habitually keep making them.

If you are a freelance writer and don’t have the budget to hire an editor, don’t fret.

You can read below some of the most common grammar mistakes that even writers who have been freelancing for years make. You can use these tips to help polish your writing and avoid an embarrassing grammar mistake.

Do you run your writing through a grammar app. only to find out that you really like to use the adverb really?

This one of the most common grammar mistakes I see.

Writing a few adverbs here and there is not an issue. But excessively using adverbs can mean that you’re choosing a weak verb. And there are more dynamic verbs out there that you can use to enhance your writing.

Weak: The squirrel jumped really fast over the tree limbs.

Better: The squirrel bounded over the tree limbs.

In the example, the adverb really fast modifies the verb jumped. But does really fast paint the most vivid picture that you as a writer want your reader to see in their mind’s eye? Use a stronger verb like bounded instead.

Who drove the car?

Whom drove the car?

3. Mixing Up Who and That 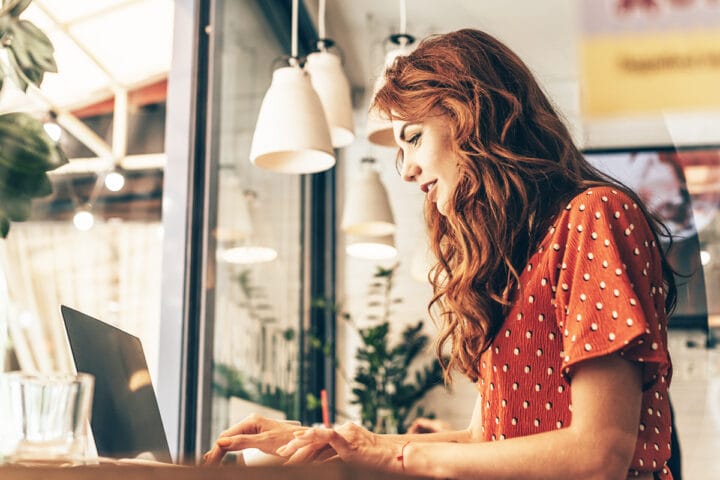 Mark is the one who asked about the price of milk. This is the milk carton that he was referring to.

Once again, this common grammar mistake has a little rule you can use to make sure you are using fewer/less correctly. Can you count it? Then use fewer. If you can’t count it, then use less.

I’d like less coffee in my iced latte and fewer than four ice cubes.

Passive: Cathy is loved by Roy.

In the passive voice, the focus of the sentence has changed from Roy to Cathy. Passive voice tends to be wordier and harder for people to read. 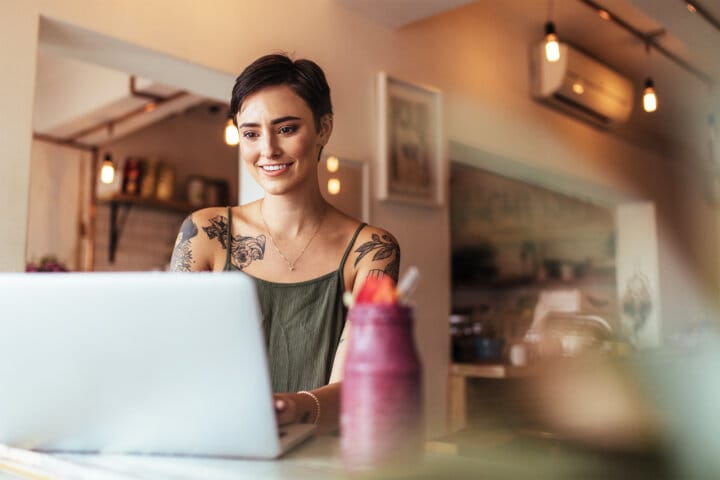 It’s very easy to be typing along and not even notice that you’ve used the wrong word. English is a fickle language where many words sound the same as others, which causes some common grammar mistakes for writers. Here’s a quick breakdown of some of the most common offenders.

Their: Denotes ownership by a group and is plural. For example: I want to shop at their store.

They’re: A contraction of they are. For example: They’re going to love this new song.

There: Denotes a place. For example: Can you hang this picture over there?

It’s: A contraction of it is. For example: It’s going to be a fun show.

Its: Denotes possession. For example: The monkey is eating its banana.

Your: Denotes possession. For example: I love your writing.

You’re: It’s a contraction of you are. For example: You’re a lovely writer.

To: Denotes location. For example: I walked to the mall.

Too: Means in addition to. For example: I want to go to the mall too.

Two: denotes a number. For example: We took two cars to the mall.

This one is an easy mistake to make as you try to vary your sentence structure throughout your writing piece. It can be tricky to catch, but once you know what to look for, you should be able to eliminate them from your writing.

A modifier is a word that describes, clarifies, or gives more detail about a concept. A modifier is considered “dangling” when the sentence isn’t clear about what is being modified.

Incorrect: Having finished eating, the dishes were washed.

The use of commas is the most baffling of the common grammar mistakes writers make. Commas are one of the most used punctuation marks, but each style guide has its own comma rules. Be sure to check which style guide you need to follow if writing for a client, before submitting your work.

Some common comma errors include comma splices and the serial comma.

A common use of commas is to separate two main clauses that are connected by a coordinating conjunction. An easy way to look at it: You’re taking two separate sentences and combining them using a word like and, or, or but. If you put a comma between the two sentences without using a conjunction, that is a comma splice.

Incorrect: We wanted to swim, we realized we forgot our swimsuits in the car.

Correct: We wanted to swim, but we realized we forgot our swimsuits in the car.

Serial Commas are sometimes referred to as the oxford comma. A serial comma comes before the final conjunction in a list.

Serial comma: I went to the grocery store and bought milk, eggs, cheese, and crackers.

No-serial comma: I went to the grocery store and bought milk, eggs, cheese and crackers. 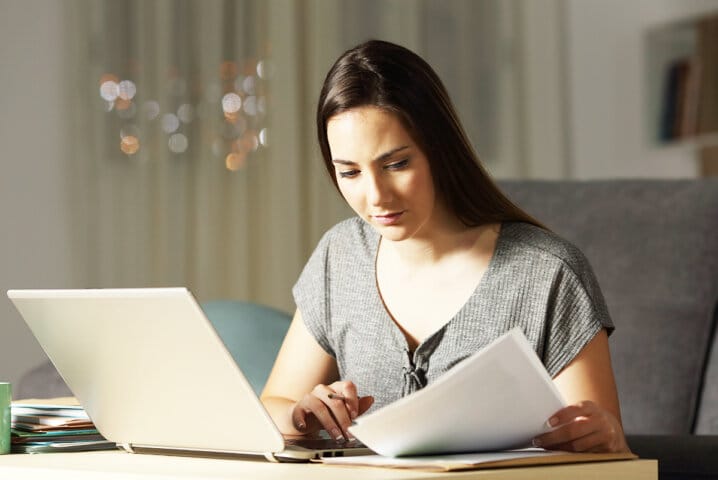 Writers like to jam as many points into a sentence as they can. This can lead to unexpected run-ons. A run-on sentence is where a sentence contains two independent clauses that are not separated by a comma.

Is there an easy way to find out if a sentence is a run-on? Read it aloud! Do you naturally pause at a certain point in the sentence? You should probably put a comma there or separate it into two different sentences.

Incorrect: My cat is sleeping on his bed because he is tired and his bed is purple with blue stripes because I bought it for him at the pet store.

Correct: My cat is sleeping on his bed because he is tired. His bed is purple with blue stripes. I bought his bed for him at the pet store.

One goal freelance writers have is getting their readers to read the next sentence and keep their readers attention. This is done by getting to the point quickly and removing redundant words. A trick you can use is to read your writing aloud and highlight words and phrases that you trip over while reading. That stumbling block usually tells you that you’re being overly wordy and could re-write those sections for clarity.

Remember that no one is perfect and hopefully you picked up some tips you can use to polish your writing in the future.

Over to you – have you made one of these common grammar mistakes? Share in the comments! 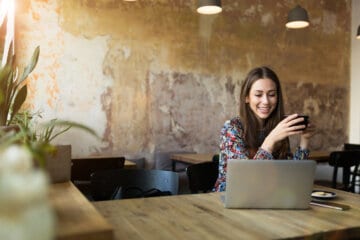 How Do I Capture a Client's Voice As a Freelancer?

How Do I Edit My Work as a Freelancer (And Avoid Word-Blindness)? 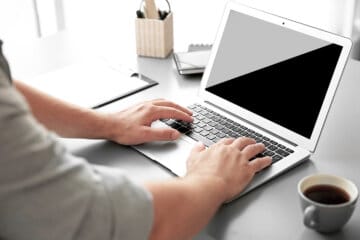 How Can a Freelance Writer Self-Edit Their Own Work?

Useful post about grammar mistakes, It’s best to learn from other’s mistakes than to feel the urge to commit one by oneself & then think of learning. I think we’ve all made some of these mistakes to some degree or another…Reply to Brenda