Freelancing gives you more freedom, and people tend to like that freedom.

It’s a tough question, but here’s what we know.

FoxNews.com reports on a study by Harris Interactive, which found that 78 percent of temporary and contract workers say their experience has been positive working as a freelancer. Eighty-six percent of freelancers in the survey (compared to 73 percent of permanent employees) agree their current job satisfaction is very good or excellent.

But it’s not just about happiness. More freelance workers feel better about their finances than regular employees, with 60 percent strongly agreeing that they get paid what they’re worth (whereas only 42 percent of permanent workers agree with the statement).

Another study from 2011 found that 61 percent of freelancers are happier working independently than as a traditional employee. Better yet, 80 percent feel more productive.

Why Are Freelancers Happy?

Freelancing gives you more freedom, and people tend to like that freedom. Here are just some examples of the freedom you get:

Personally, this freedom matters a lot to me. I would rather work for myself making enough to get by comfortably than working a job I despise. But the thing is…

It’s Not For Everyone

The truth is, not everyone does value the freedom. Not everyone has the self discipline to work as a freelancer. Some people like having someone to tell them what to do and when to do it. That’s not to mention that not everybody likes writing or even has the skills to build a business from writing. (Just a tip: There are lots of other freelancing avenues, so don’t think you have to stick to writing if you want to quit your job to freelance.)

That means this question is practically impossible to answer.

If you thrive on the social environment of the office and you have a hard time getting to work when someone isn’t standing over your shoulder, then freelancing probably isn’t going to be your cup of tea.

Chances are you’ll be happy freelance writing if:

Do you think freelance writing will make you happy, or are you still unsure about taking the leap? Let me know in the comment section. 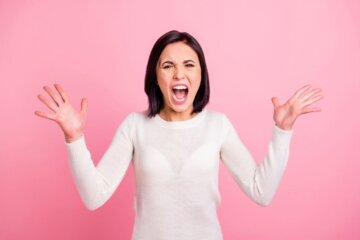 What If I Hate My Boss? What to Do When Quitting Isn’t an Option Yet 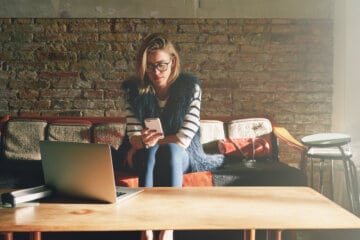 How Do You Stay Motivated During Tough Times? 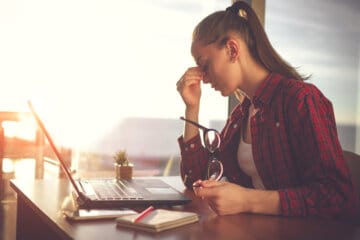 How Do I Deal With Digital Burnout As a Freelancer?

Alicia, Great topic! Having an entrepreneur mindset isn’t for everyone. For me, I’ve mostly worked for myself. Before I worked in the school system and became pregnant, I was a private behavior therapist for children with autism and was able to set my own rate, hours and I was able to pick where I traveled. While I did enjoy the socialness working in the school system gave me, I enjoy having my own business better. This is a great question to ask yourself if you are considering freelancing.Reply to Elna