As a freelancer, you may have heard rumblings about the PRO Act recently. If so, you probably know that many freelancers see it as a threat to their livelihoods.

If you’re unsure what I’m talking about, it’s time to change that. It’s crucial that you understand the PRO Act and its potential consequences on freelancers across the nation. 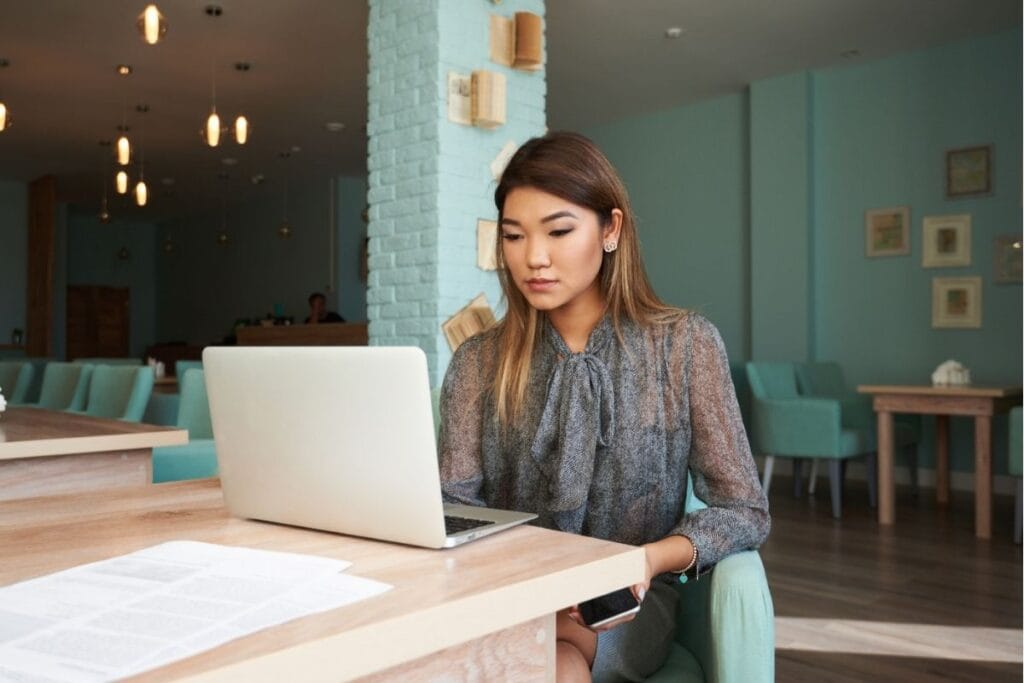 But that may be easier said than done.

It’s crucial that you understand the PRO Act and its potential consequences on freelancers across the nation.

Understanding the nuances of the PRO Act and the impact the bill may have if passed can be challenging, even for individuals well-versed in labor laws and legislative procedures. The whole thing only gets messier due to misinformation and gaslighting by those in favor of the bill.

Wading through all the information and determining fact from fiction isn’t easy, but it is necessary. On that note, let’s talk about what the PRO Act is, how it can hurt freelancers, and what they can do about it.

What is the PRO Act?

The PRO Act stands for Protecting the Right to Organize Act. It was first introduced to the U.S. House of Representatives in May 2019 with the intent to protect workers’ rights. The bill aims to prevent the exploitation of workers and give them more power during disputes at work by tackling two major labor issues:

The bill failed to gain support in the U.S. Senate the first time around and was eventually shelved in 2020. Lawmakers reintroduced the PRO Act in February 2021 after Biden was inaugurated and the Senate flipped.

The premise of the PRO Act is noble — workers’ rights should be protected. The problem is the addition of the ABC test, which was added to the bill after it was first introduced in 2019.

What is the ABC Test?

The ABC test dates back to the 1930s when it was used to determine who should receive unemployment benefits. While the classification test made sense then, it is antiquated when applied to today’s workforce. We need to look no further for proof than to the disastrous impact it had in California.

The ABC test was used in California Assembly Bill 5 (AB5), which went into effect on January 1, 2020. AB5 was created to give more protection and rights to drivers for rideshare companies like Uber and Lyft. Other types of freelancers were collateral damage of the bill.

Millions lost work as companies laid off freelancers ahead of the law. Many companies that continued working with freelancers replaced them with independent contractors from other states. The economic fallout was so bad that more than 100 professional exemptions were added to the law within the first year.

How Does the ABC Test Hurt Freelancers? 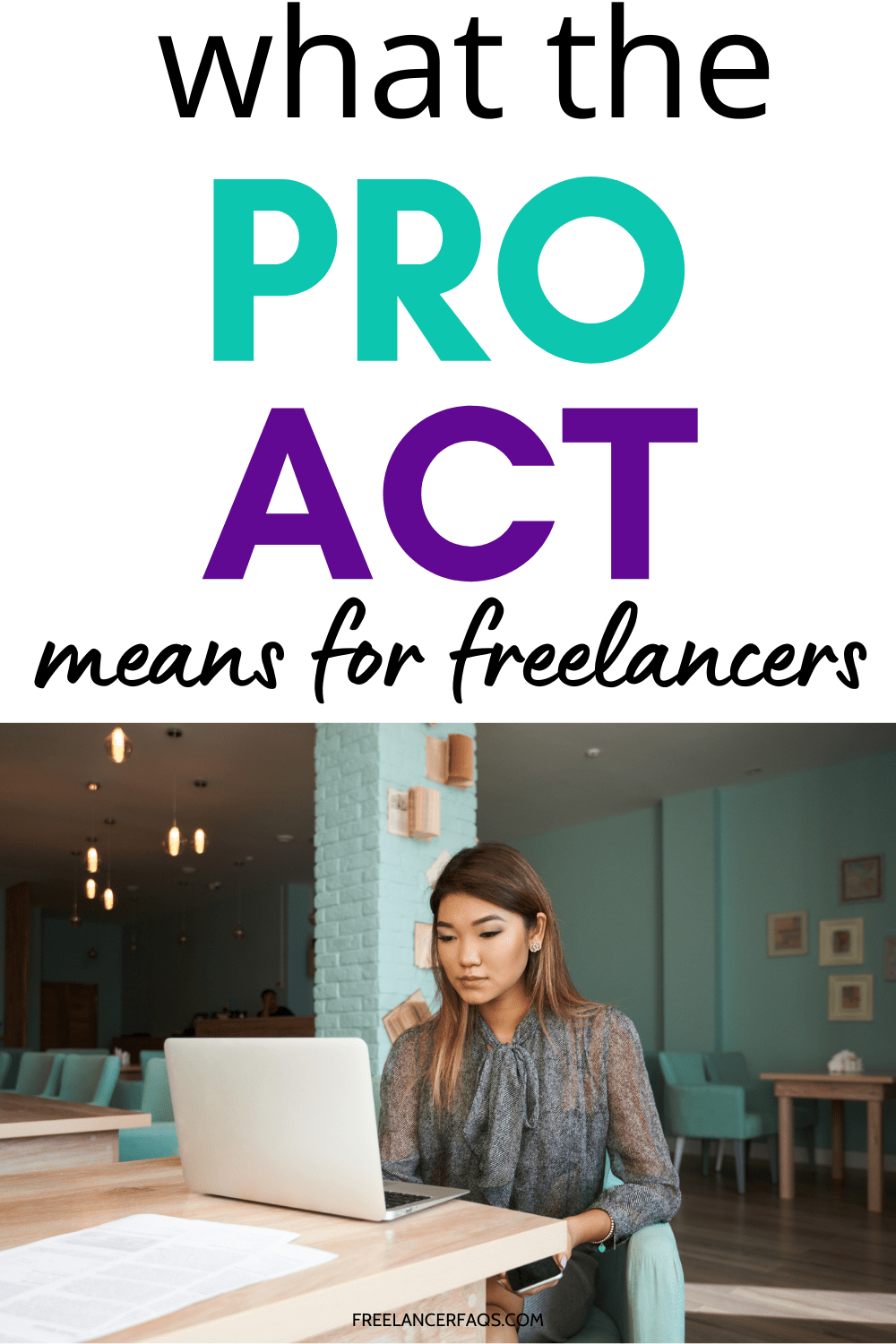 The most troubling part of the ABC test is prong B. As it’s written, to qualify as a freelancer, you have to provide a service outside the scope of your clients’ normal business.

Many freelancers, especially those in creative fields, cannot pass this part of the ABC test. Remember, you have to satisfy all three requirements of the classification test to qualify as an independent contractor or freelancer.

Let’s look at some examples to put that into perspective:

Those freelancers would be classified as W-2 employees, and the client would have to hire them as such.

Giving up freelancing in favor of becoming your client’s employee means losing all the benefits that make freelancing so appealing in the first place. You lose all sense of flexibility, including the right to choose when, where, and how you work.

As an employee, you would also be forced to pay into unemployment insurance for every “client.” In addition to eating into your bottom line, it’s unlikely that you’d qualify for the unemployment benefits you’re contributing to. If you lose a “client” and still have income from others, you wouldn’t be eligible.

But, it may not matter anyway. As the U.S. Chamber of Commerce points out:
“Should the PRO Act pass, businesses will be reluctant to take on independent contractors who could end up in a union, or for whom the business must accept an employer-employee relationship where one does not currently exist. This will limit earning opportunities for these workers.”

If left as is, the ABC test will not only cost freelancers work but potentially destroy their businesses altogether.

Not Everyone Opposes the PRO Act

As always, where there’s opposition, there is support. There are plenty of arguments in favor of the PRO Act, but two of the most common are that:

Both points are true, but again, there are two sides to consider. Let’s look at the first point.

Protecting the rights of workers is incredibly important, especially those that are truly misclassified. But, while well-intentioned, prong B of the ABC test will misclassify millions of legitimate freelancers and independent contractors as employees.

Without modifications, the ABC test essentially trades one misclassification for another.

As for the second point, the PRO Act does pertain to the National Labor Relations Act (labor law) and not employment law. However, President Biden campaigned with the promise to make the ABC test the standard for all three areas of federal law.

“States like California have already paved the way by adopting a clearer, simpler, and stronger three-pronged ‘ABC test’ to distinguish employees from independent contractors … As president, Biden will work with Congress to establish a federal standard modeled on the ABC test for all labor, employment, and tax laws.”

The PRO Act is just the first step in President Biden’s plan to make good on that promise.

If passed as it’s currently written, the PRO Act would codify the ABC test into U.S. labor law and replace the IRS guidelines used to distinguish an employee from an independent contractor.

This opens the door for the same thing that occurred in California to happen to freelancers across the country.

What Can Freelancers Do About the PRO Act?

The potential consequences are pretty frightening. The good news is, freelancers aren’t entirely helpless in this situation.

The House of Representatives passed the PRO Act in early March, but it has a ways to go before it becomes law. The Senate must first pass the bill before it can move to the White House and be signed into law.

It’s important to note that the goal is not to eliminate the PRO Act but to modify or replace the ABC test with a modern-day classification test. Many favor the IRS guidelines for independent contractors, which clearly define the difference between self-employed service providers and misclassified workers.

So, what can you do?

It may seem like a big undertaking, but individual freelancers have the power to make a difference. Protecting the freelance business you’ve poured your heart, sweat, and tears into requires making sure your voice is heard.

Here’s where to start:

First and foremost, do your research about the PRO Act and ABC test. There are a lot of great articles and resources available on the web. One of the most helpful sites is Fight for Freelancers USA.

The coalition volunteers have put together a fact sheet to help cut through the noise and clear up common misconceptions. There’s also a Facebook group, which is a great source for more information and action steps.

Contact lawmakers to voice your concern and tell them that you want the ABC test amended. Call, email, tweet — be persistent! You can find out who your senator is here.

Chambers have a responsibility to advocate on behalf of their members and business community. Do your local chamber of commerce a favor and make sure the PRO Act is on their radar. In addition to notifying their members, many chambers have contacts at the offices of local and state representatives.

If you haven’t written a letter to lawmakers before, it can seem a little daunting. Using a service like resistbot makes the process easy. Just text what you want to say, and the bot will deliver your letter to the elected officials of your choice. If you’re stumped on what to say, this example is really helpful.

It’s alarming how few people are aware of the PRO Act. Make sure your freelance network is up to speed. Spreading the word extends beyond your professional network, too. Share your concerns with friends and family members and ask them to contact their representatives.

The PRO Act also affects your clients. Chances are, if they’re working with you, they’re also working with other freelancers in some capacity or another. The ABC test directly impacts their business and who they can hire. Bringing it to their attention gives them the option to reach out to their representatives too.

Although there are doubts the PRO Act will make it through the Senate, freelancers shouldn’t sit idly by.

Part of the reason it’s made it this far is that lawmakers have a poor understanding of what it’s really like to freelance. The freelance community has the power to change that by speaking up and taking action. 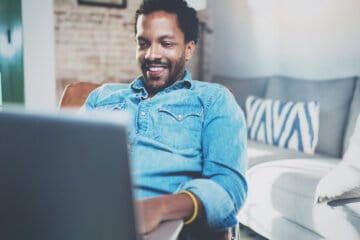 How Can You Work Less and Make More? 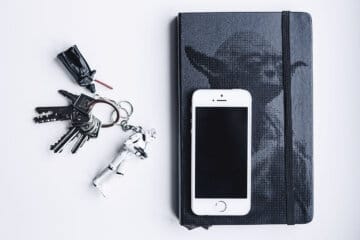 How Can I Find Profitable Niches to Make More Money as a Freelancer? 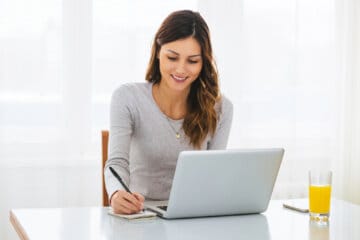 What Kind of Freelance Work Can I Do?